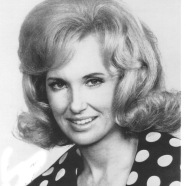 Well, statements of support have been issued by the elite regarding the drawn out scandal that is Sovereign Grace Ministries.

D. A. Carson, Justin Taylor and Kevin DeYoung have issued a statementsupporting their friend C. J. Mahaney, while Al Mohler, Mark Dever, and Ligon Duncan have issued a similar statement expressing their love for and confidence in C J.  Sovereign Grace Ministries is currently undergoing criminal investigations with charges ranging from obstruction of justice to rape. There is a mountain of child abuse and molestation charges. The details of the current, amended lawsuit is sickening to say the least.

As for those at TGC, et. al., who have remained silent for so long on such horrendous accusations? I’m almost at a lost for words. Two come to mind: Cherry-pickers. Wait. Two more: Politically correct. No, wait. Oh, never mind, I won’t say that.

Some things I’d like to say – in love of course – to these men whose silence served no purpose but their own are perhaps summed up best by Tammy Wynette. Pay especial attention to that first line….yeah, that’s a good start for these men….