Home » General » To Whom It May Concern–If You’re Black

To Whom It May Concern–If You’re Black 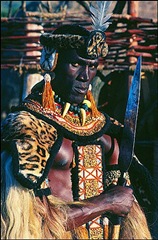 At least once, someone has to say it.

If you were not actually born in Africa, then you are not “African-American.”

You are not special. No one owes you a thing. If you’re parents were born in Chicago or anywhere else in America, you are not a descendant of slavery.

You just want to cash in on your skin color. Get over it. Quit drinking the Kool-Aid.