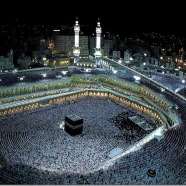 The Achilles Heel of Islam 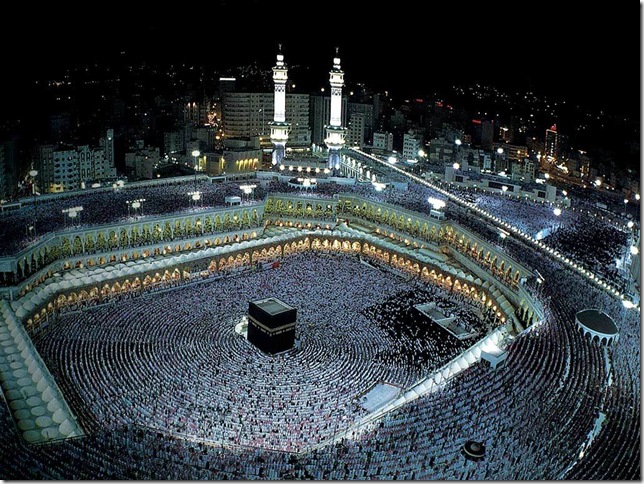 Dr. Robert Morey has one solution to the ‘alleged ‘war on terror’. Destroy the foundations of Islam. While all will not say ‘Amen’ to that, it’s worthwhile to point out that Christianity has a foundation which cannot be destroyed…ever. Islam, on the other hand, depends on places and buildings for its continued existence.

From his book Winning the War Against Radical Islam

“The terrorists and terrorist nations such as Saudi Arabia only fear one thing: the destruction of the religion of Islam. There is nothing in this life that has greater value to them than Islam. They are willing to sacrifice and even die to promote Islam. This religious motivation is the engine that drives the Jihad against us.

The path to Paradise, according to the Five Pillars of Islam, involves the city of Mecca and its stone temple called the Kabah. Muslims pray toward Mecca five times a day. What if Mecca didn’t exist anymore?

They must make a pilgrimage to Mecca and engage in an elaborate set of rituals centered around the Kabah once they arrive. What if Mecca and the Kabah were only blackened holes in the ground?

What if Medina, the burial place of Muhammad was wiped off the face of the planet?

What if the Dome Mosque on the Temple site in Jerusalem was blown up?

The greatest weakness of Islam is that it is hopelessly tied to sacred cities and buildings. If these cities and buildings were destroyed, Islam would die within a generation as it would be apparent to all that its god could not protect the three holiest sites in Islam.

The Sword Held Over Their Heads

With American ships stationed all around Arabia and troops on the ground within Saudi Arabia itself, it would take about 7 minutes for cruise missiles to take out Mecca and Medina. These cities could be vaporized in minutes and there is nothing the Saudis or any other Muslim country could do to stop us. The Israelis could take out the Dome Mosque at the same time. It could happen so fast that no one would have the time to respond. With these surgical strikes, few lives would be lost. And, with three strikes against them, Islam is out!

The US government and its allies must agree that this is the final solution to the Muslim problem. We must tell all terrorist groups that the next time they destroy the lives and properties of Americans at home or abroad, we will destroy Mecca, Medina and Dome Mosque. They will be responsible for destroying the three most holy sites in Islam and bringing the religion to its knees.

We must tell all the Muslim countries that are presently supporting and harboring terrorists that if they do not cease and desist at once, we will destroy the heart of their religion.

Saudi Arabia and the rest of the Islamic world would, for the first time in their bloody history of oppression and tyranny, have to give civil rights and human rights to women and non-Islamic religions. They would have to allow their people to decide for themselves what religion, if any, they want in their lives. The “religious police” would be disbanded.

All Islamic laws would have to give way to the UN declaration on human rights, civil rights, women’s rights and freedom of religion. Once Muslim governments took their foot off the neck of their people, millions of Muslims would convert to Christianity as they have had enough of oppression and violence from their Imams and Mullahs.”

← Calvary–A Lesson on Judgment Ode to the Young, Restless & Reformed →