The following is an historical timeline of sorts, showing the origins of American Dispensationalism. This teaching, founded upon a hard distinction between Israel and the Church, is still, despite it’s origin, being propagated, according to a recent poll by 65% of evangelicals. It is truly disturbing that proclaiming Jesus as King sitting on David’s throne is as scandalous within the visible Church today as when Peter preached it to the Jews in Acts 2, but it is. Where did these teachings come from? Here’s a short overview. – JT 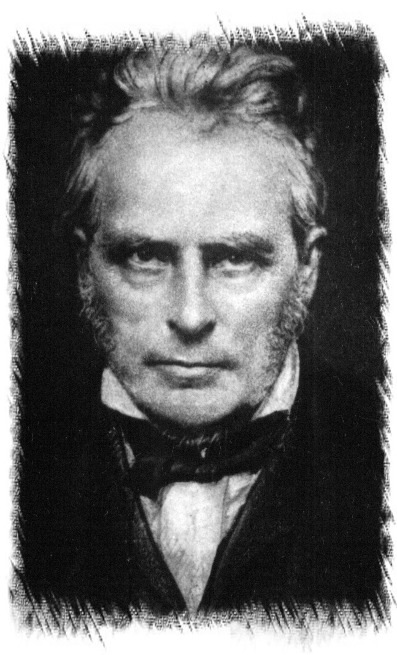 Manuel De Lacunza (1731-1801) completed a large work entitled The Coming of the Messiah in Glory and Majesty. In it, he condemned the Roman Catholic priesthood as corrupt, and took a futuristic view of the book of Revelation and the appearance of Antichrist.

1826 – Edward Irving (1792-1834) discovers an 1812 Spanish edition of Lacunza’s work, The Coming of the Messiah during his travels. He translated the Spanish edition into English and, before publication, compared it to a Latin edition.

1826-1830 These are the years of the Albury Park Prophetic Conferences, started by Henry Drummond. Both John Nelson Darby (1800-1882) and Irving appeared at these conferences. As a result of these conferences, a compilation entitled Dialogues on Prophesy was printed during 1828-1829.

Historical note: Because the French Revolution was widely viewed as a fulfillment of prophecy, the end of the world was anticipated. It was believed by many that the 1260 years of Daniel terminated at the French Revolution. Millennial expectations were high, but since Christ did not return as many predicted, in 1844 prophetic interests declined. This historical background helped shape the personal thinking of J.N. Darby, and the readiness characterizing the reception of his prophetic views at a popular level.

In 1827, Darby sustained a serious leg injury, and spent a long period of recuperation in Dublin. During this time, two truths were impressed upon his mind: 1) His union with Christ, and 2) the coming of the Lord. In contemplating union with Christ, he then saw in reading Isaiah 32 “an obvious change in dispensation” which concerned Israel on earth. At this time (1827) Darby stated :

I was not able to put these things in their respective places or arrange them in order, as I can now (1864)

This is the historical birth of the two-purpose theory: Israel’s destiny is earthly; the Church’s destiny is heavenly. This prophetic outlook of Darby sprang from his consideration of the nature of the Church (ecclesiology).

1829 – Darby challenges current prophetic discussions. His criticism? “There is confusion of the Jewish and Gentile dispensations – the hinge upon which the understanding of Scripture turns.”

From 1839 to 1845 Darby traveled in France and Switzerland. Darby sees a great separation  between God’s purposes for Israel and the Church. He writes The Hopes of the Church of God and gives us a taste of what would later become American dispensationalism.

The Jewish nation is never to enter into the Church.

Following from this, he submits that “the union of the Church in a single body, whether Jews or Gentiles, was not revealed in the Old Testament…it is not in Zion that we look for the Church.”

With these basic principles operative when approaching the Bible, Darby would then paraphrase Christ’s words to Nicodemus as follows:

If I have spoken to you of the things which apply to Israel, if I have told you that Israel must be born again to enjoy those terrestrial promises which belong to her, and you have not understood me, how will you comprehend about heavenly things…the glory of Christ…and the Church?

Worse, the Israel-Church distinction is so hard and fast in Darby’s mind that Darby would even divide the attributes of the Father and the names of the Son:

The Church is in relationship to the Father, and the Jews with Jehovah…Jesus, in consequence, is presented to the Jews as Messiah, the centre of the promises and of the blessings of Jehovah to that nation; to the Church He appears as the Son of God…who is the expression of all the glory of His father…the same person may be a king of a country, and a father of a family; and this is the difference between God’s acting toward us and the Jews…[among the Jews] God sustains His name of Jehovah, and His character of judgment and righteousness…[in the Church] the Father reveals His character of goodness and love…The Lord having been rejected by the Jewish people, is becoming wholly a heavenly person.

Darby, in his presentations of his teachings, senses they are novel and very new:

I am afraid that many a cherished feeling, dear to the children of God, has been shocked this evening…It is to be feared, dear friends, that the exposition of prophecy this evening has not been the view which you have been hitherto led to take of it.

Darby admits his principle of interpretation had been hidden from the Church for nineteen centuries and then revealed to him.

Even some Brethren leaders contemporary with Darby felt that he “was building a completely new structure of Biblical interpretation.”

With these new doctrinal formations, Darby then traveled to America and Canada, where his influence was to be felt. In America, these views, which started in the midst of a sect opposed to organized churches and denominations [the Plymouth Brethren] cut across denominational lines and ultimately came to permeate Bible-believing circles.

Adopted from Jon Zen’s Dispensationalism: A Reformed Inquiry Into The Leading Figures & Features