Piper & Sailhamer: The Offense of Biblical Creation & The False Authority of Science 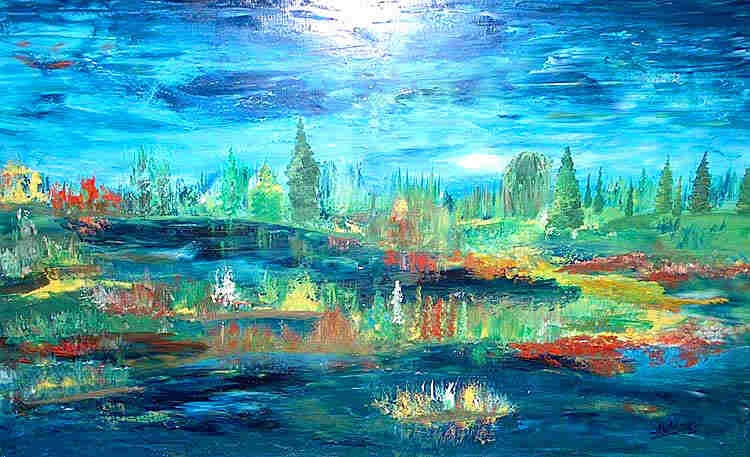 Biblical truth is always offensive to unregenerate man. The Biblical narrative on creation is certainly no exception. Scripture is quite explicit in how the universe and all that it contains came into being, and since the fall of man it’s description as recorded by God for us has been hated.

Creation is recorded as a series of totally supernatural, perfectly executed, final acts in 6 literal days. Modern philosophy and all social sciences of men have long attempted to refute the biblical account, and were in fact, created for that very purpose, to deny God’s truth.

In so-called modern times, the biblical teachings of creative, final acts by the God of Scripture have been superceded by scientific ‘processes’ so that the results of creation are placed within and are products of history and time (time itself viewed as a process, not a creature of God). In fact, much of modern historical geology is based on the philosophical assumption that the biblical account of creation ex-nihilo is false.

By the early nineteenth century the central presupposition of uniformitarianism that “the present is the key to the past” had been popularized by James Hutton and Charles Lyell (who in turn influenced Darwin). (Douglas F. Kelly, Creation & Change, p. 163)

Perhaps placing some general creation assertions of the Bible against modern philosophical sciences will be helpful:

John Piper has been greatly influenced by a book on old earth theories entitled Genesis Unbound by John Sailhamer. In a critical review of the book over at Answers in Genesis, we’re told that Sailhamer “adopts a unique view of the creation account in order to harmonize it with the claims of modern science.”

We are further told in this review that:

“Despite his plea to allow the text of Genesis to speak for itself, Sailhamer fails to take his own advice. He writes: ‘Given what appears to be true about the age of the earth, it is likely that millions or billions of years transpired during this time of “the beginning”’ (p. 105). Such a comment clearly indicates that Sailhamer has allowed the claims of modern uniformitarian science to determine what the text is saying.”

Now why would there be a need to harmonize the creation account with modern science? To prove it’s true ….or false? Why, to prove it is false of course. If it were believed to be true there would be no need for proof. Belief vs. Unbelief.

Another question: What is this uniformitarianism? If John Piper is ‘most at home’ with Sailhamer’s view on creation, as he has stated in his recent video, what does that really tell us? More importantly, what are the ramifications for those who sit under Piper’s teaching at Bethlehem Baptist and the internet?

We’ll take these questions one at a time, but first, let’s define uniformitarianism and show why it’s important that you understand the idea behind Sailhamer’s views:

Uniformitarianism is the belief that the origin and development of all things can be explained exclusively in terms of the same natural laws and processes operating today…Uniformitarianism has been the backbone of modern historical geology and is responsible for the current widespread assumption that the earth is billions of years old…[The Uniformatarians] insist that all geological features and formations, once attributed to geologic cataclysms, can now be satisfactorily explained by ordinary processes functioning over long periods of time. (Scott M. Huse, The Collapse of Evolution, pp 7,8)

1) Why would anyone want to harmonize the creation account with modern science?

2) If John Piper is ‘most at home’ with Sailhamer’s view of creation, what does that really tell us?

It tells us he is ‘at home’ with allowing modern science (uniformitarianism) to determine what the Bible is saying. In other words, the ‘science’ of natural processes has taken a position of a higher authority than the Word of God itself.

3) Finally, what does this mean, in general, for those who sit under Piper’s preaching and instruction at Bethlehem Baptist and those who follow his teachings on the internet?

It means that there is at least one area of John Piper’s belief system that is not grounded in Scripture: Creation. For the Christian, creation is to be understood as a series of supernatural acts, not processes. Every attempt, either by Sailhamer or Piper, to read or force process philosophies into any Biblical text, to allow the possibility of days being turned to ‘ages’, to allow room for ‘scientific’ interpretations is to yield the authority of God and His inerrant Word to process philosophies of unregenerate man. It is, at the gist, an abandonment of the absolute Sovereignty of God and of the Biblical principle of sola scriptura.

To allow this type of teaching, as harmless as it may seem to so many, is to give a nod of approval to a lie. It is to attribute supernatural powers to ‘natural processes’ rather than final creative acts of God.

This issue my friends, is not about men, it’s about biblical doctrine. It’s about the truth of God. Please do not willingly compromise it. Reject error. Find this error in your own local churches, if it exist, and root it out for the glory of God and His Son Jesus Christ.

Now, when it comes to the more controversial issues of how to construe Genesis 1-2 about how God did it and how long it took him to do it, there I’m totally sympathetic with a pastor who is going to lay his view down, having studied it, and is going to say to his people, “Here is my understanding of those chapters. These six days can’t be anything other than six literal days, and so that’s how long God took to do it. And this universe is about 10 or 15,000 years old. Though it looks old, that’s the way God made it. He made it to look old,” or something like that.

Or he might take another view that these days are ages.

Or he might take Sailhamer’s view, which is where I feel at home. His view is that what’s going on here is that all of creation happened to prepare the land for man.

In verse 1, “In the beginning he made the heavens and the earth,” he makes everything. And then you go day by day and he’s preparing the land. He’s not bringing new things into existence; he’s preparing the land and causing things to grow and separating out water and earth. And then, when it’s all set and prepared, he creates and puts man there.

So that has the advantage of saying that the earth is billions of years old if it wants to be—whatever science says it is, it is—but man is young, and he was good and he sinned. He was a real historical person, because Romans 5 says so, and so does the rest of the Bible.

That’s where I am, and I think every pastor should go ahead and say what he believes. [emphasis mine, ed.] (Online Source)