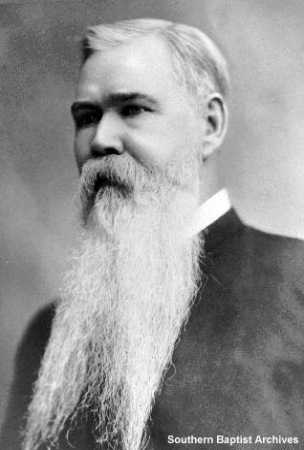 One cannot escape deep conviction of the unity of the Bible when he compares Genesis 5:1, with Matthew 1:1. Place them side by side thus:

"This is the book of the generations of Adam."

"This is the book of the generations of Jesus Christ." With this parallel before you, read Romans 5:12-21.

The next two sentences of this section constitute another amazing parallel. Put them also side by side, thus:

"In the day that God created man, in the likeness of God made he him."

"And Adam begat a son in his likeness, after his image."

This parallel is far from meaning that Adam perpetuated, in his son, Seth, the likeness and image of God which he himself had received in creation (Gen. 1:26). By sin Adam lost the image of God and became corrupt in his nature. This is evident by what regeneration and sanctification must accomplish in a son of Adam. "Ye have put off the old man with his doings, and have put on the new man, that is being renewed unto knowledge after the image of him that created him" (Col. 3:9-10). "Put ye away, as concerning your former manner of life, the old man, that waxeth corrupt after the lusts of deceit; and be ye renewed in the spirit of your mind, and put on the new man, that after God hath been created in righteousness and holiness of truth" (Eph. 5:22-24).

This fallen father could not transmit what he had lost. Seth was born in the image of a corrupt father. The first Adam, by creation, was in the image of God. The Second Adam, by eternal subsistence, was the effulgence of God’s glory and the very image of his substance (Heb. 1:3). Hence Paul says, "And so it is written, The first man Adam was made a living soul. The last man Adam was made a quickening spirit. Howbeit that was not first which is spiritual but that which is natural; and afterward that which is spiritual. The first man is of the earth, earthy; the second man is the Lord from heaven. And as is the earthy, such are they also that are earthy; and as is the heavenly, such are they also that are heavenly. And as we have borne the image of the earthy, we shall also bear the image of the heavenly" (I Cor. 15:45-49).

(B.H. Carroll, An Interpretation of the English Bible)

Joel Taylor: Why God Does Not Delight In non-Christian Art

← Maybe We Shouldn’t Baptize Folks So Quickly Keith Green: My Eyes Are Dry →